back to search results

Idaho. Canyon County, Nampa. Tom Griffin (L) aircraft #9, Richard Cole (M) aircraft #1 and co-pilot of Lt. Col. Jummy Doolittle, and David Thatcher (R) aircraft #7 and silver star recipient, are members of the Doolittle Raid on Tokyo, April 18, 1942. The raid was a first by the U.S. on Japanese soil and the first and only time B-25 bombers took off and landed from an aircraft carrier during combat. 16 bombers left the deck of the USS Hornet and after the successful raid, 15 planes landed or crash landed in China and one in Russia. No planes were shot down or seriously damaged during the raid, but 2 crewmembers died when their plane crashed into the ocean off the coast of China. The pilots stand in front of the Pacific Princess, a Mitchell B-25 bomber at the 2007 B-25 Invitational, Warhawk Air Museum in Nampa, Idaho. 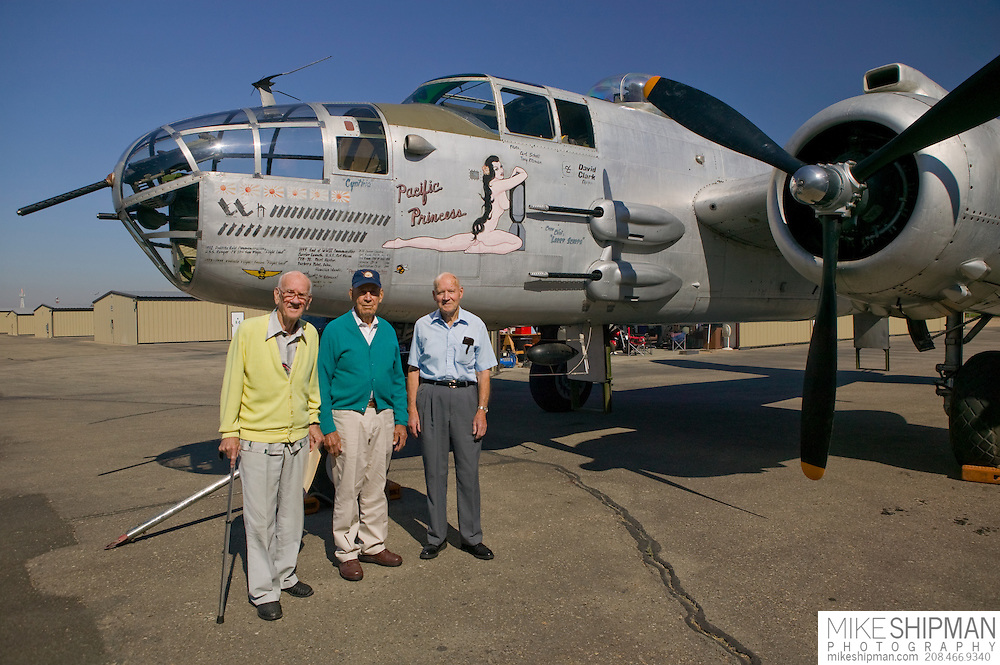